Please schedule an appointment to view our space or speak with staff.

This course is meant to teach entry-level guitar. In these 10 courses, you will be introduced to music theory however the primary focus of the class will be open chords, timing, reading tablature and/or standard notation, and hand independence. Students are expected to practice on their own at home as a way to enhance instruction retention and skills.

WHAT YOU NEED TO START

As a result of this of the class students will be able to:

WHERE THE WORK HAPPENS

It is important to practice outside of class to benefit fully from the information that is taught. The guitar is an instrument that requires practice and attention or else you will lose the technical skill required to progress.

WHAT YOU WILL LEARN 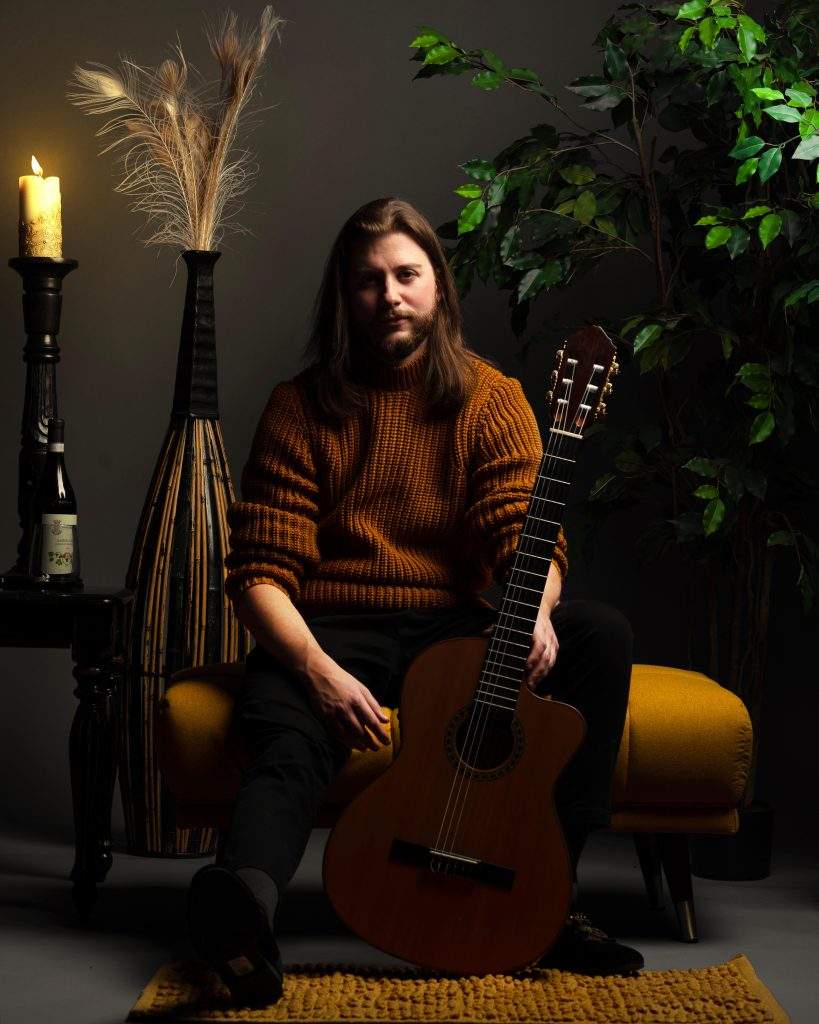 With well over a decade of professional music experience, Daniel Sandage, who’s better known by his stage and production mantra Danny X has been an integral part of the Unlabeled Music brand from the beginning. His music journey began in bands and as a solo musician before he transitioned into becoming an accomplished audio engineer and music producer. As a musician, Danny X has had a multitude of opportunities to both produce and play live and has been a prolific presence in Kansas City Music for quite some time. With a deep knowledge of guitar, and an even more important foundational understanding of music theory, Danny is able to help students learn the ins and outs of the guitar while simultaneously helping them grasp more advanced concepts with music theory, song arrangement, and songwriting.

Ready to learn how to play guitar?

Call now to purchase this course.